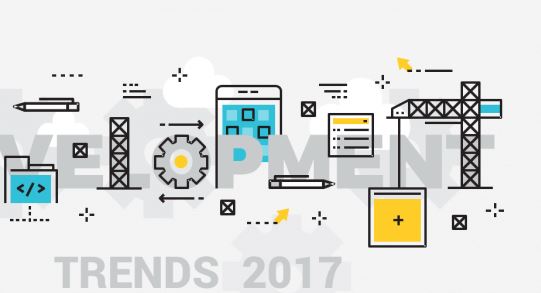 Technology changes constantly, so to be at the top of your game as a web developer, it’s vital you’re keeping up. It can be confusing and discerning when so many updates and developments are being released every few weeks. With 2017 just getting started, we’ve put together some information about the anticipated trends for this upcoming year and some advice about what areas of development you should be focusing on.

Discussing new frameworks, techniques, and tools which are all working to enhance UX, consider this blog your one-stop-shop for all things 2017!

Artificial intelligence programs are already used successfully by Google and Wikipedia, the technology is more than within our grasp to allow us to develop software which can think and act as a human without requiring the manpower.

No doubt more web developers will develop these types of programs, each one widening the scope of technology’s ability and power.

The evolution of JavaScript in 2017

There’s a lot of discussion going on in the web development space on which new programming language you should learn. I think there’s no right or wrong here, and it really depends on your focus. However, I’d like to give you some insights on what we believe you should know in 2017.

So let’s start with JavaScript right away. I know there’s even more buzz around JavaScript and it’s relevancy. However, it is by far the most popular technology used by full stack developers.

Learning JavaScript in 2017 won’t be easy, and If you’d like to know how it feels to learn JavaScript I highly recommend this article. ES2017 is coming later this year, and will definitely make a lot of web developers happy. If you want to get started with JavaScript, start with one of those online courses. The reason we believe that the popularity of static site generators keeps going up is simple. Static site generators are a great way to create websites. You don’t need a database, instead your web pages are simple files which run on your servers. With that comes advantages in website loading times, better security handling, and ease of deployment.

As CDNs and APIs are becoming the norm, static site generators, such as Hugo or Jekyll, are riding that popularity wave too.

Bots & the role of conversational UI

Bots are there to make our life easier and our experiences more personable (or at least they should). Bots are interesting from various standpoints and use cases.

Chris Messina already predicted in 2016 that 2016 will be the year of conversational commerce. As messaging platforms become more and more popular, its role and influence on web design and web development can no longer be neglected.

Therefore the design and development of conversational UI will become an important topic for developers in 2017.

Ruby on Rails 5 – released in June 2016, Rails 5 is set to become much more popular throughout 2017. Around since 2005, Rails seemed unable to make a real impact on web development but the ease and variety of features within Rails 5 including Turbolinks 5 and ActionCable is quickly making it a firm favourite with web developers.

Turbolinks 5 allow you to create single page applications directly from the Rails stack. No need for client-side JavaScript frameworks.

With performance enhancements and improved aesthetic flexibilities, Ruby on Rails 5 allows web developers to focus more on the overall appearance of the website whilst the framework itself fiddles around with all the behind-the-scenes messiness.

In our last year’s article on the best web development trends for 2016 we predicted an increased popularity of motion user interfaces.

And you, our readers, agreed with that. With 36% (or 2382 votes) you stated that this will be the most important development trend for you in 2016.

The newest version of Motion UI works through flexible CSS patterns with all kinds of JavaScript libraries and enables seamless integration of animations into websites. No longer are webpages two dimensional, boring experiences.

Developers need to bring them to life, increase movement, and overall create a ‘living’ site which reacts and changes according to each individual user.

Overall, I’m excited to see where Motion UI is heading in 2017.

The next generation of Angular JS

Also released in 2016, this Angular update introduces a newly redesigned JavaScript Framework. It is also expected to be more regularly updated and tweaked, with one significant update being promised every six months, therefore offering developers who use it never-ending abilities at the cutting edge of website building technology.

It’s most commonly used by app developers thanks to its compatibility with videos, animation, and other non-static documents.